This set includes the following 8 books: #1 Rise of the Earth Dragon, #2 Saving the Sun Dragon, #3 Secret of the Water Dragon, #4 Power of the Fire Dragon, #5 Song of the Poison Dragon, #6 Flight of the Moon Dragon, #7 Search for the Lightning Dragon, and #8 Roar of the Thunder Dragon.

#1 Rise of the Earth Dragon: Eight-year-old Drake is taken to King Roland's castle to be trained as a Dragon Master. He is joined by three other young trainees: Ana, Rori, and Bo. They must learn how to connect with and train their dragons. Does Drake have what it takes to be a Dragon Master?

#2 Saving the Sun Dragon: Drake and three other masters continue their training, but Ana’s dragon is sick.

#3 Secret of the Water Dragon: Someone is trying to steal the Dragon Stone. Could the thief be Drake’s friend and fellow Dragon Master, Bo?

#4 Power of the Fire Dragon: A giant four-headed dragon attacks the castle! Will Drake and Rori be able to battle the dark wizard and his powerful dragon?

#6 Flight of the Moon Dragon: The Dragon Masters must save the prime Dragon Stone – or they will lose their connections to their dragons forever!

#8 Roar of the Thunder Dragon: Drake and the Dragon Masters are searching for Lalo the baby Lightning Dragon who was kidnapped. 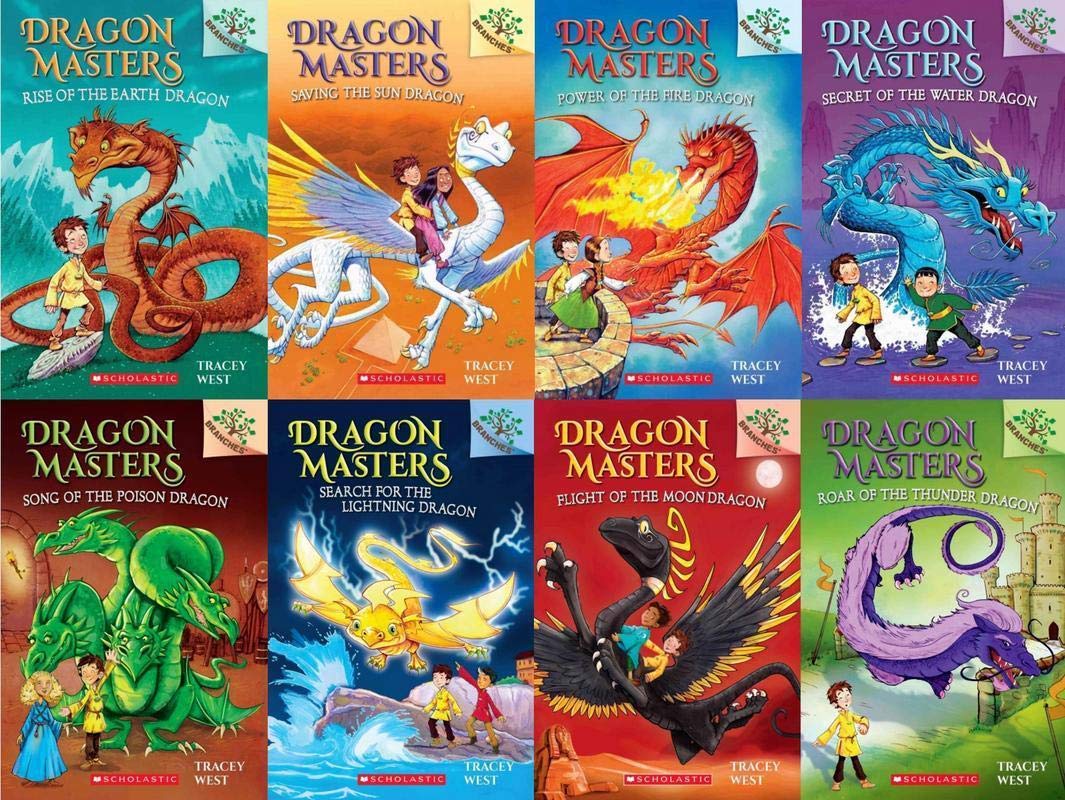