This set includes the following 10 books: #41 The Clue of the Whistling Bagpipes, #42 The Phantom of Pine Hill, #43 The Mystery of the 99 Steps, #44 The Clue in the Crossword Cipher, #45 The Spider Sapphire Mystery, #46 The Invisible Intruder, #47 The Mysterious Mannequin, #48 The Crooked Banister, #49 The Secret of Mirror Bay, and #50 The Double Jinx Mystery.

First published in 1930, The Nancy Drew Mystery Stories have sold over 70 million copies and become a cherished part of our cultural landscape. The teenage sleuth has been a noted inspiration for generations of women, including Sonia Sotomayor, Sandra Day O’Connor, and Hillary Clinton.

#41: Warnings not to go to Scotland can’t stop Nancy Drew from setting out on a thrill-packed mystery adventure. Undaunted by the vicious threats, the young detective – with her father and her two close friends – goes to visit her great-grandmother at an imposing estate in the Scottish Highlands, and to solve the mystery of a missing family heirloom. And there is another mystery to be solved: the fate of flocks of stolen sheep. Baffling clues challenge Nancy’s powers of deduction: a note written in the ancient Gaelic language, a deserted houseboat on Loch Lomond, a sinister red-bearded stranger in Edinburgh, eerie whistling noises in the Highlands.

#42: When Nancy Drew and her two close friends arrive for the Emerson University June Week celebration and learn there has been a mix-up in their motel reservations, the confusion leads to a baffling mystery. Uncle John Rorick, a descendant of the early settlers of the town of Emerson, invites the three girls to be his guests at his historic mansion on Pine Hill. Shortly after their arrival, he tells them about the phantom who haunts the mansion’s library. 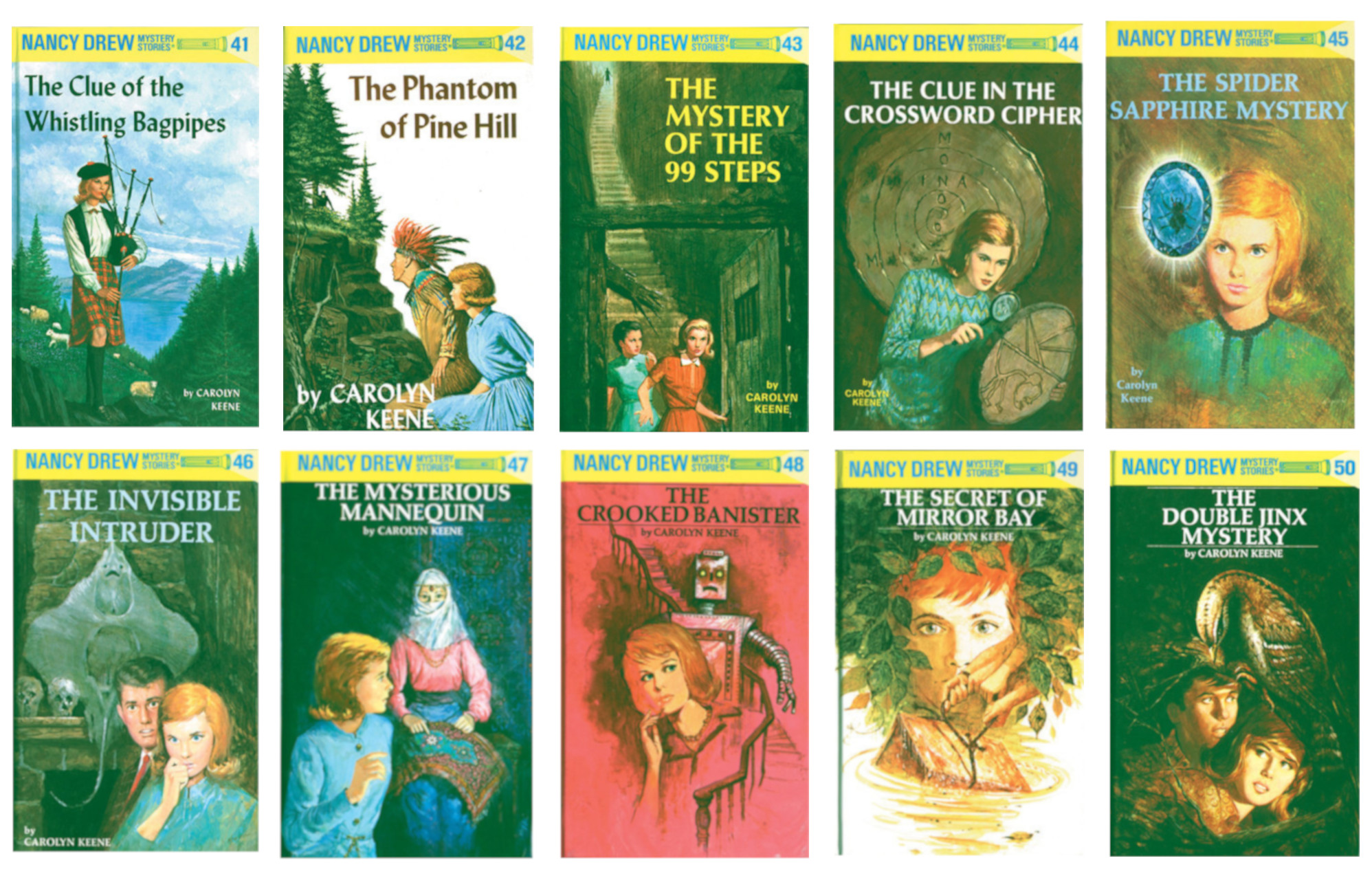 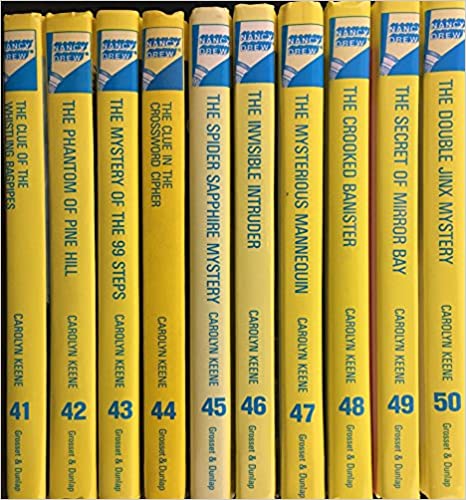 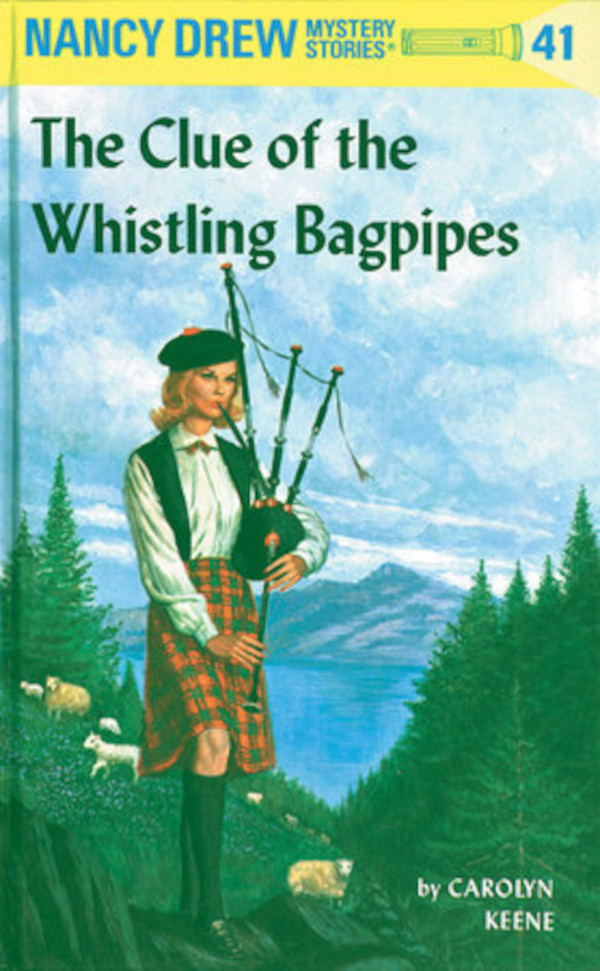