This Ranger in Time book set includes these 10 books: Rescue on the Oregon Trail, Danger in Ancient Rome, Journey through Ash and Smoke, Escape from the Great Earthquake, D-Day: Battle on the Beach, Hurricane Katrina Rescue, Disaster on the Titanic, and Night of Soldiers and Spies.

Meet Ranger! He’s a time-traveling golden retriever who has a nose for trouble . . . and always saves the day! Ranger has been trained as a search-and-rescue dog, but can’t officially pass the test because he’s always getting distracted by squirrels during exercises. One day, he finds a mysterious first aid kit in the garden that transports him to important moments in history!

Danger in Ancient Rome: Ranger travels to the Colosseum in ancient Rome, where there are gladiator fights and wild animal hunts!

Journey through Ash and Smoke: In this adventure, he goes to Viking age Iceland, which proves to be tough terrain for Ranger to navigate.

Escape from the Great Earthquake: Lily and May try to make their way through the ruined city with Ranger at their side. But can they escape crumbling buildings and raging fires, all while facing anti-Chinese discrimination?

D-Day: Battle on the Beach: Ranger heads to Normandy on the morning of the D-Day invasion and finds himself in the middle of one of the fiercest battles of World War II.

Disaster on the Titanic: It's a race against time for Ranger and his friends to help get as many passengers -- including themselves -- off the ship before it's too late.

Night of Soldiers and Spies: Ranger must help Isaac remain safe and undetected, or the battle — and their lives — will be lost. 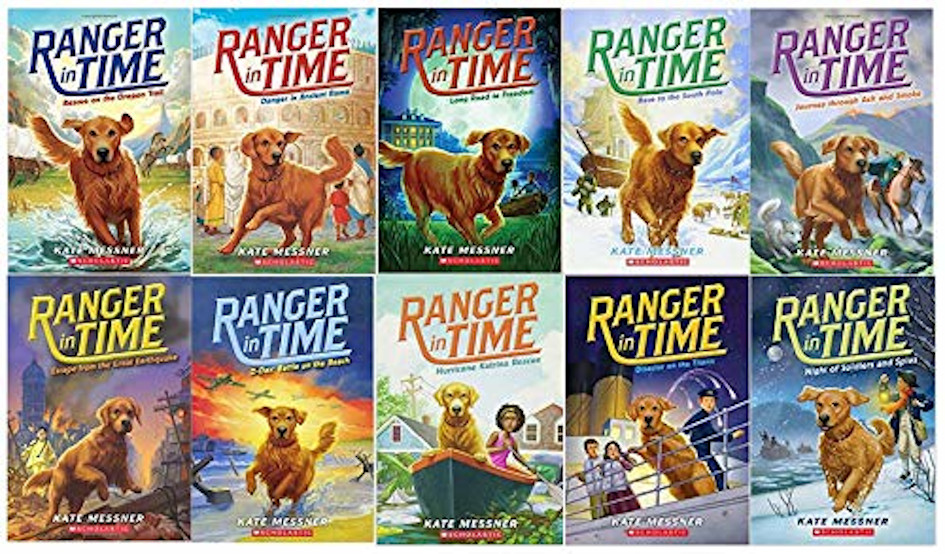