Historical fiction from a Christian worldview! This set includes the following 5 paperback books: *Raiders from the Sea *Mystery of the Silver Coins *The Invisible Friend *Heart of Courage *The Raider’s Promise Raiders from the Sea: Viking raiders capture Bree and her brother Devin and take them from their home in Ireland. After the young Viking prince Mikkel sets Devin free on the Irish coast far from home, Bree and Devin embark on separate journeys to courage. Readers will be captivated by the unfolding drama as Bree sails to Norway on the Viking ship and Devin travels the dangerous road home. They both must trust their all-powerful God in the midst of difficult situations. Mystery of the Silver Coins: Bree, along with another young slave, makes a daring escape from the ship as soon as it reaches harbor. Bree must face her unwillingless to forgive the Vikings, and Mikkel begins to wonder: Is the God of these Irish Christians really more powerful than our own Viking gods? The Invisible Friend: Deep in the Norwegian fjords the Viking ship comes to shore. Mikkel, the prideful young leader, is home, but Briana O'Toole faces a new, uncertain life. What will happen to her and the other Irish prisoners? Heart of Courage: Siblings Devin and Briana O'Toole are facing the biggest adventure of their lives. In exchange for Bree's freedom, they have agreed to make on voyage on the new Viking ship Conquest. The Raider’s Promise: During her years as a captive of Mikkel, the Viking raider, Briana O'Toole has longed to return to her family and resume her life in Ireland. Yet she has changed. Mikkel's newfound Christian faith has changed him, too. 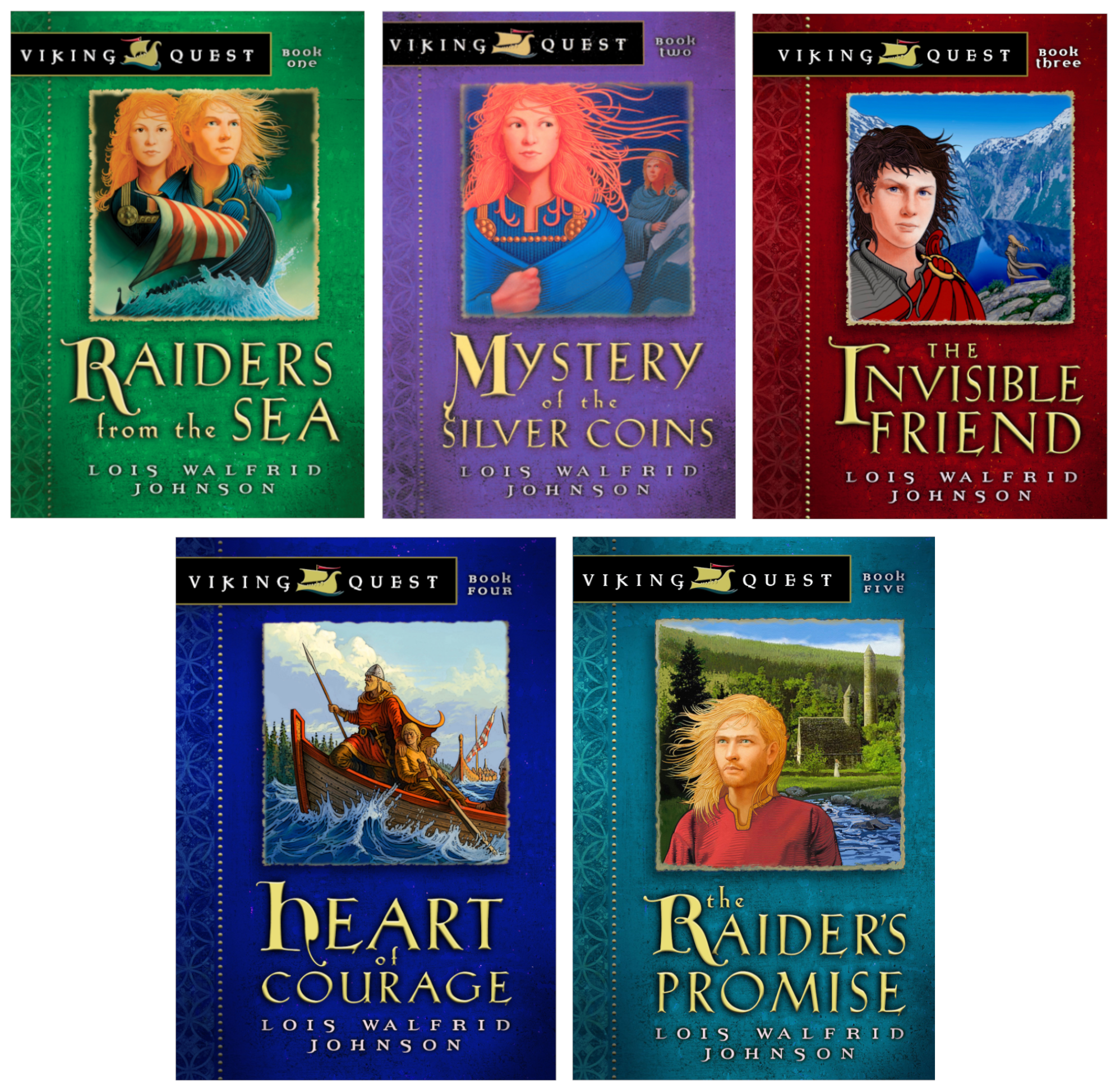 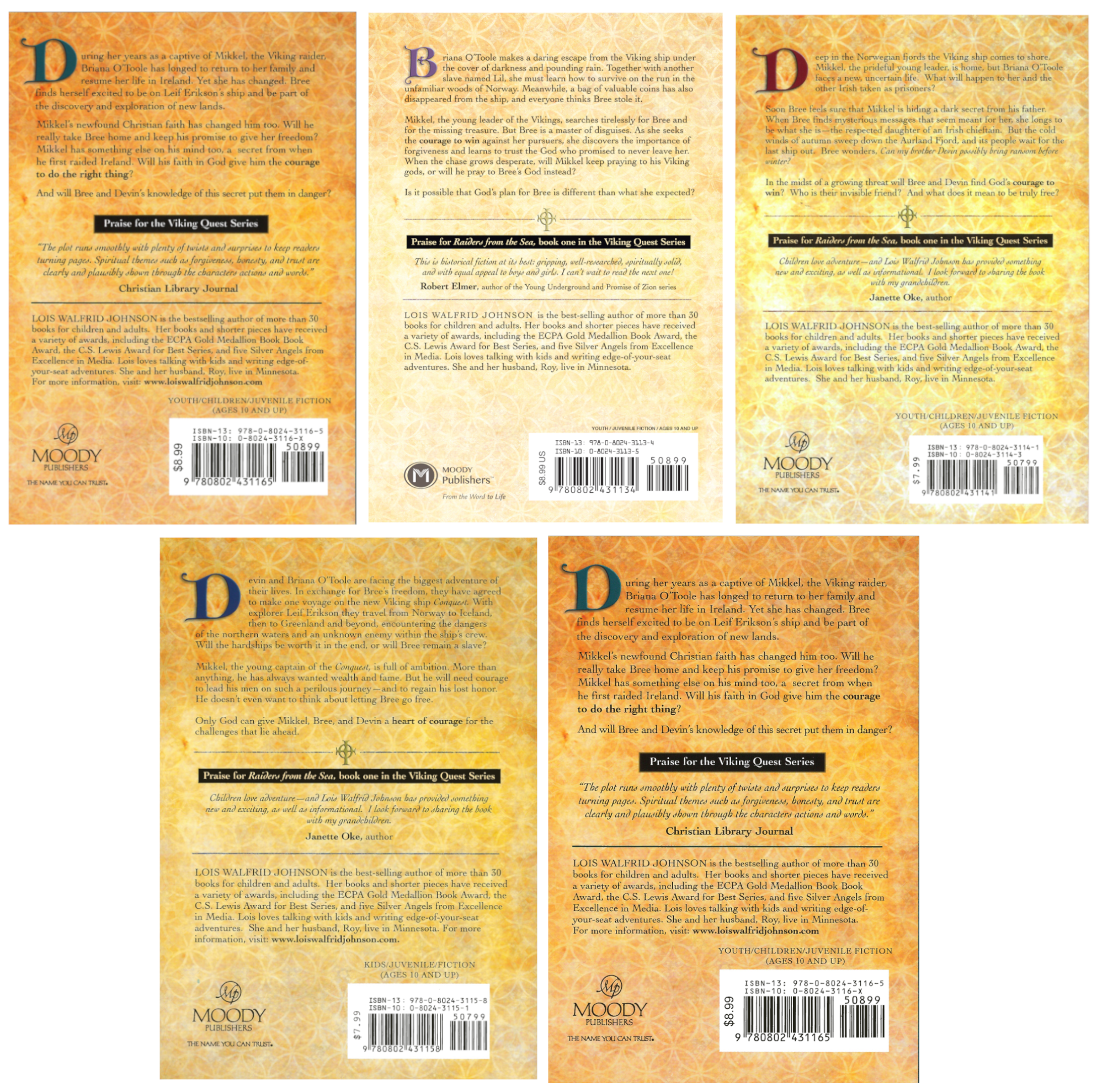 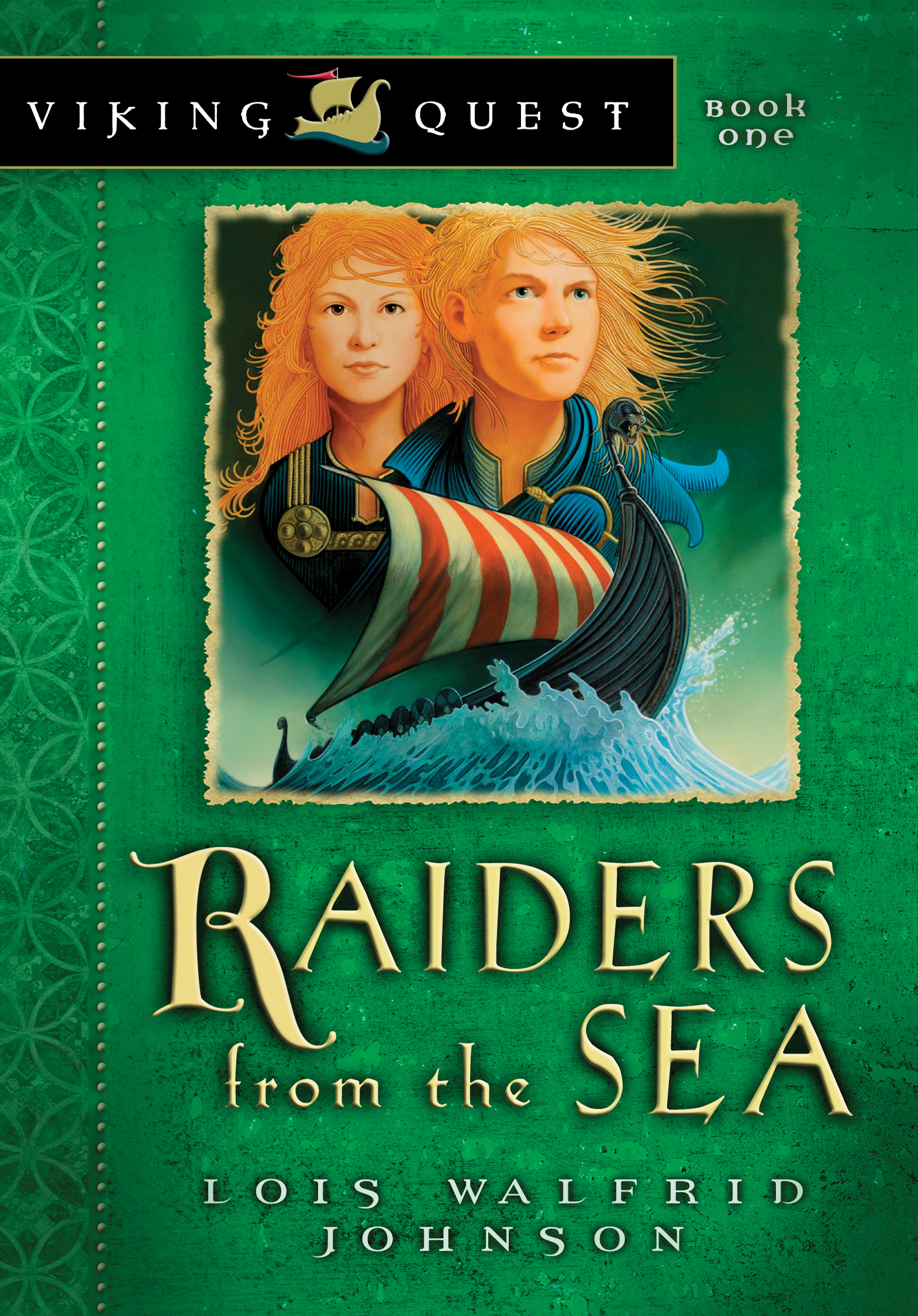