When Calls the Heart Complete Season 7 (Other)

The Season 7 Collector's Edition is the must have for When Calls the Heart fans everywhere. The set includes 10 DVD's, the original 12 episode TV shows, as well as 6 movie versions. There are also more than 4 hours of bonus features including Actor's Q&A, The Hearties Family Reunion, Hope Valley Highlights with the cast, and much, much more.

Also includes the When Calls the Heart soundtrack CD. With 18 tracks and 47 minutes of music, you’ll be carried back to your favorite moments, including the full 3 minutes popular Main Title open, The First Dance, The Wedding, and Baby Jack’s Lullaby.

From the Hallmark Channel and acclaimed Director, Michael Landon Jr. comes the continuation of When Calls the Heart in the When Calls the Heart Season 7 Collector’s Edition. Inspired by the beloved books by Janette Oke; Season Seven continues the story of love, hope, courage, and faith on the Canadian frontier. Follow the adventures of the young school teacher Elizabeth Thatcher as she faces new adventures and trials along with her infant son Jack and the many citizens of Hope Valley, a town that has become a symbol of the love and support the residents have for one another. Erin Krakow (Army Wives), Jack Wagner (Melrose Place), Pascale Hutton (Flashpoint), Kavan Smith (The 4400), and Martin Cummins (Riverdale) star in When Calls the Heart, a show that “is a testament to human perseverance and faith” (Common Sense Media).

Life is never dull in Hope Valley! Elizabeth finds herself courted by two potential suitors while also raising her young son. Rosemary helps Clara and Jesse plan their wedding and the town rallies together to face a variety of challenges, including a windstorm and an outbreak of chickenpox. 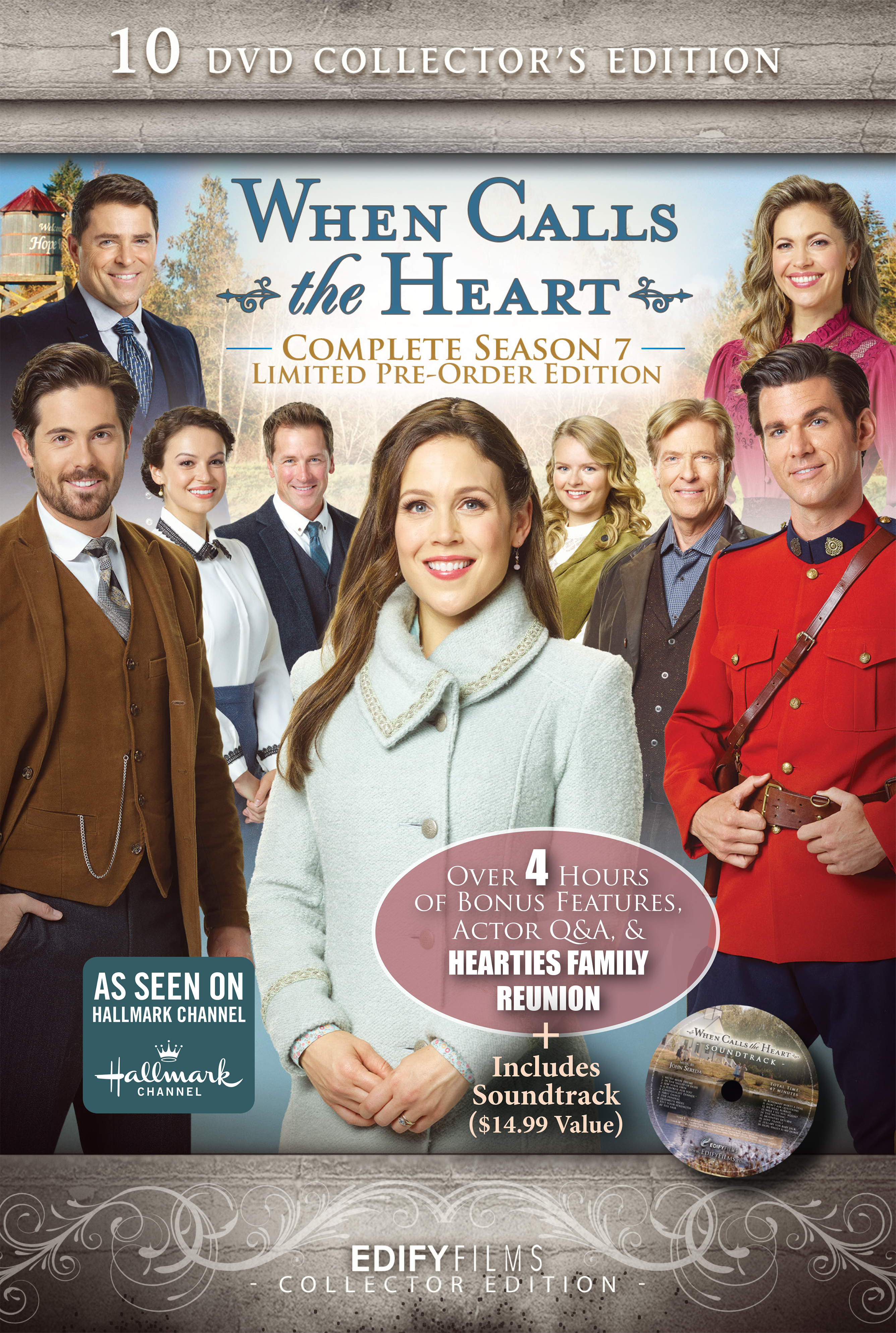 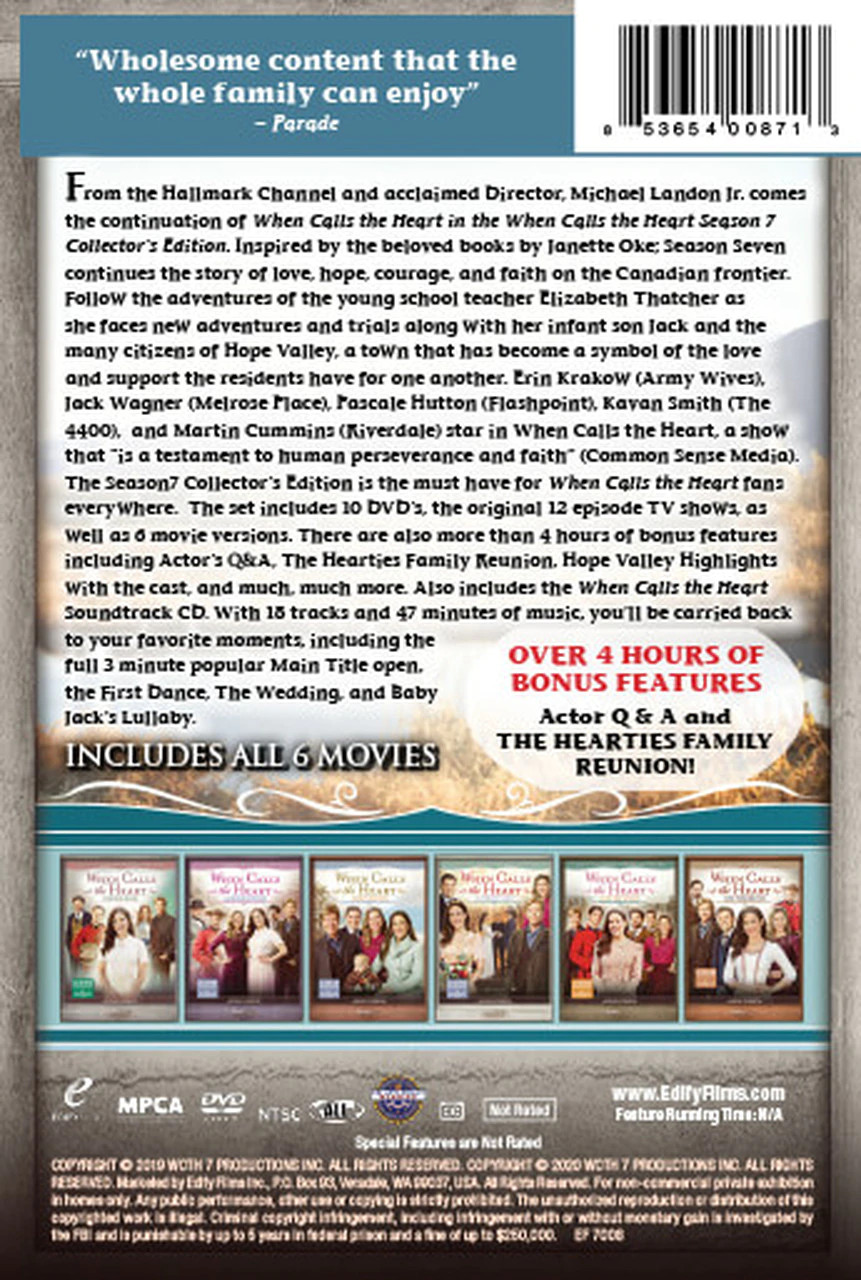 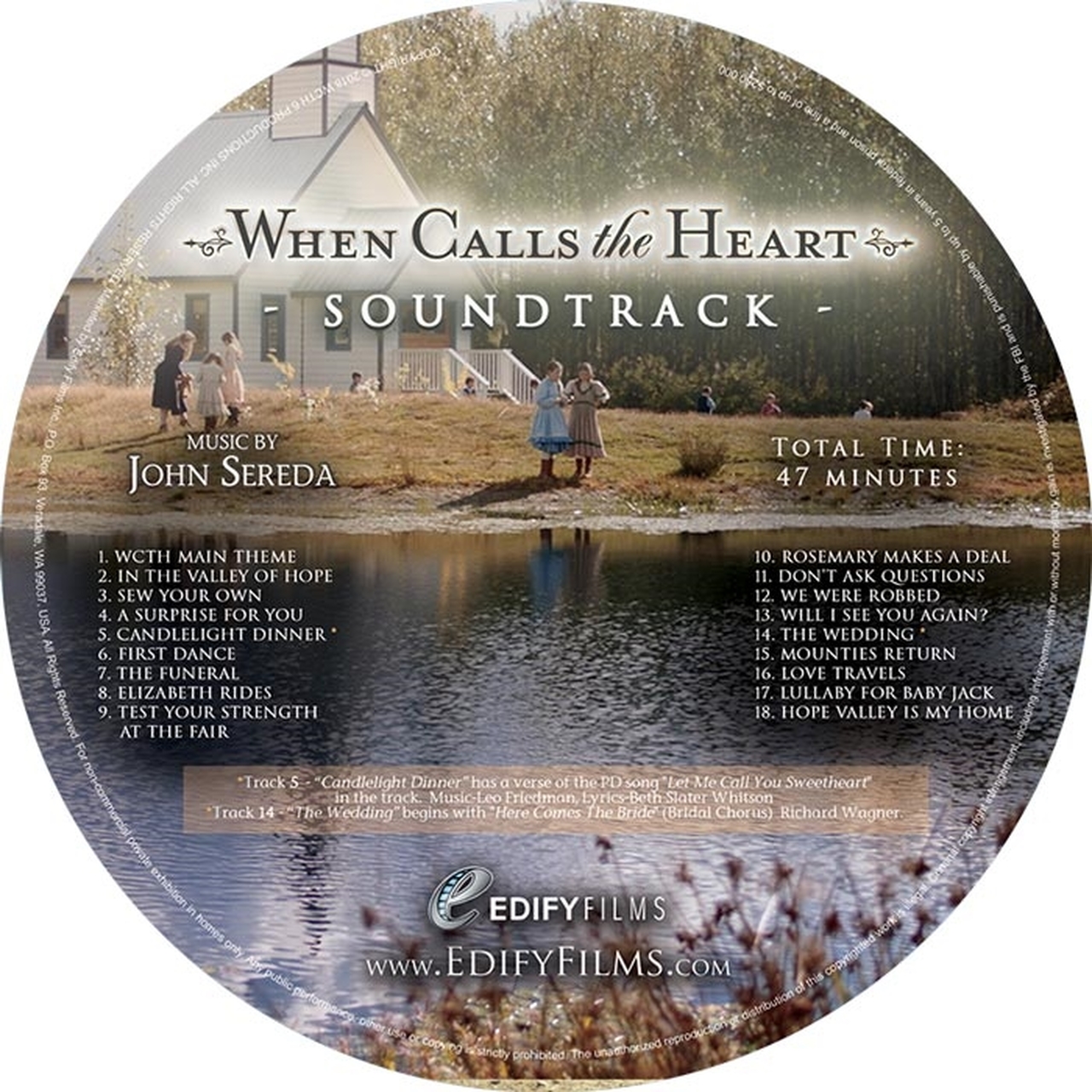