The Wingfeather Saga Book Set of 4 by Andrew Peterson On the Edge of the Dark Sea of Darkness, North! Or Be Eaten, The Monster in the Hollows, and The Warden and the Wolf King

This set includes the following 4 books: On the Edge of the Dark Sea of Darkness, North! Or Be Eaten, The Monster in the Hollows, and The Warden and the Wolf King.

Janner Igiby, his brother, Tink, and their disabled sister, Leeli, are gifted children as all children are, loved well by a noble mother and ex-pirate grandfather. But they will need all their gifts and all that they love to survive the evil pursuit of the venomous Fangs of Dang, who have crossed the dark sea to rule the land with malice. The Igibys hold the secret to the lost legend and jewels of good King Wingfeather of the Shining Isle of Anniera.Full of characters rich in heart, smarts, and courage.

Janner, Tink, and Leeli Igiby thought they were normal children with normal lives and a normal past. But now they know they’re really the Lost Jewels of Anniera, heirs to a legendary kingdom across the sea, and suddenly everyone wants to kill them. In order to survive, the Igibys must flee to the safety of the Ice Prairies, where the lizardlike Fangs of Dang cannot follow. First, however, they have to escape the monsters of Glipwood Forest, the thieving Stranders of the East Ben, and the dreaded Fork Factory. But even more dangerous are the jealousies and bitterness that threaten to tear them apart. Janner and his siblings must learn the hard way that the love of a family is more important than anything else.

Janner, Tink, and Leeli Igiby, the Lost Jewels of Anniera, are hiding from Gnag the Nameless in the Green Hollows, one of the few places in the land of Aerwiar not overrun by the Fangs of Dang. But there’s a big problem. Janner’s little brother–heir to the throne of Anniera–has grown a tail. And gray fur. Not to mention two pointed ears and long, dangerous fangs. To the suspicious folk of the Green Hollows, he looks like a monster. But Janner knows better. His brother isn’t as scary as he looks. He’s perfectly harmless. Isn’t he?

All winter long, people in the Green Hollows have prepared for a final battle with Gnag the Nameless and the Fangs of Dang. Janner, Kalmar, and Leeli are ready and willing to fight alongside the Hollowsfolk. But when the Fangs make the first move and invade Ban Rona, the children are separated.Janner is alone and lost in the hills; Leeli is fighting the Fangs from the rooftops of the city; and Kalmar, who carries a terrible secret, is on a course for the Deeps of Throg. Monsters and Fangs and villains lie between the children and their only hope of victory in the epic conclusion of The Wingfeather Saga.

Recording artist, songwriter, producer, filmmaker, publisher and award-winning author of The Wingfeather Saga, Andrew Peterson’s is also founder and president of The Rabbit Room, which has published thirty books to date and fosters community and spiritual formation through music, story and art. Recently launching the film and TV production company, Shining Isle Productions, to produce an animated film based on his bestselling books, his The Warden and the Wolf King (2014) won Children’s Book of the Year in 2015 from WORLD Magazine. 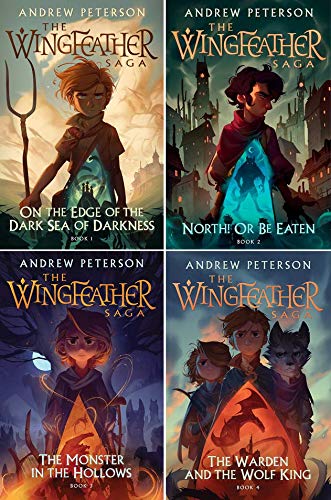 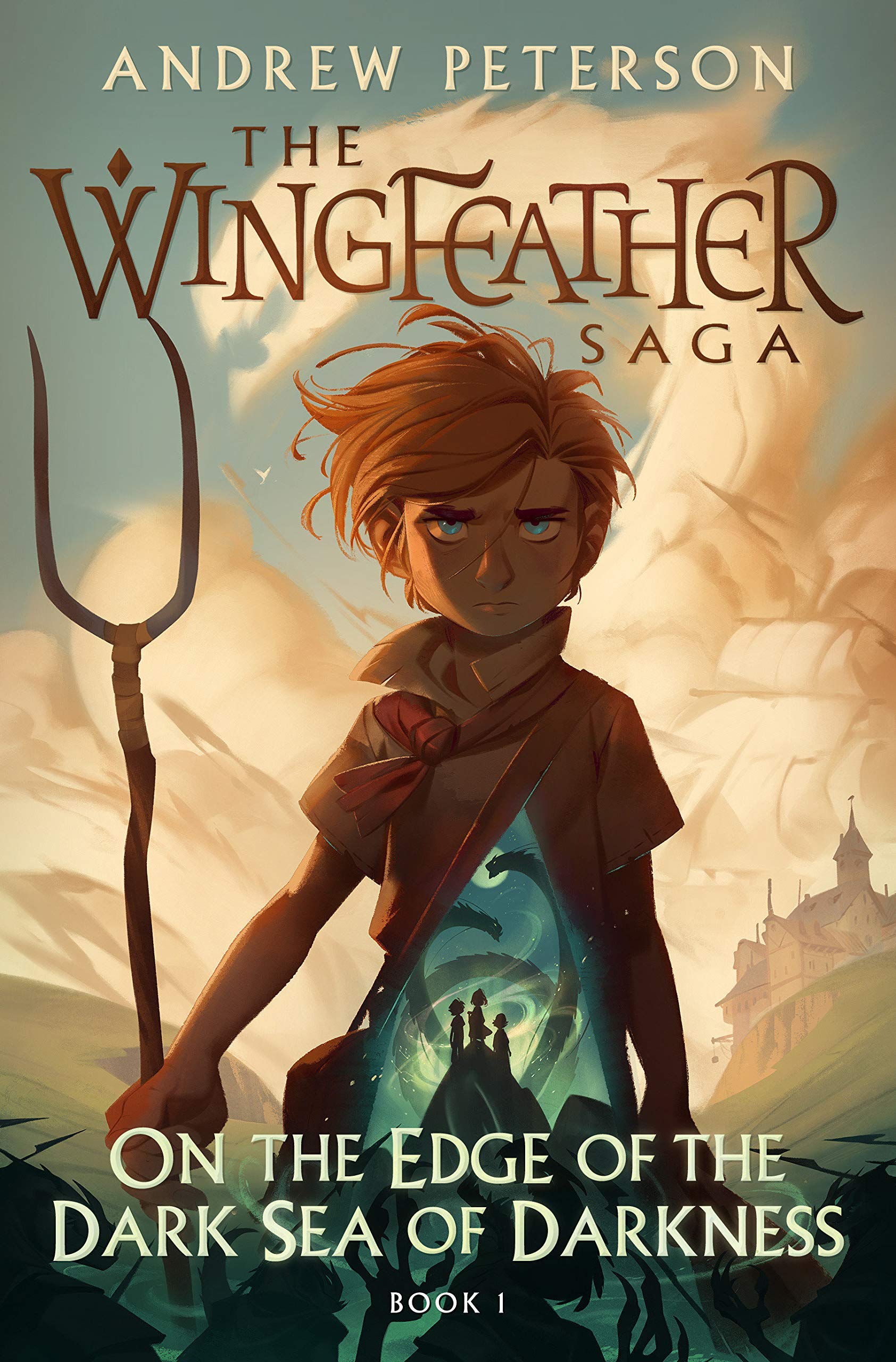 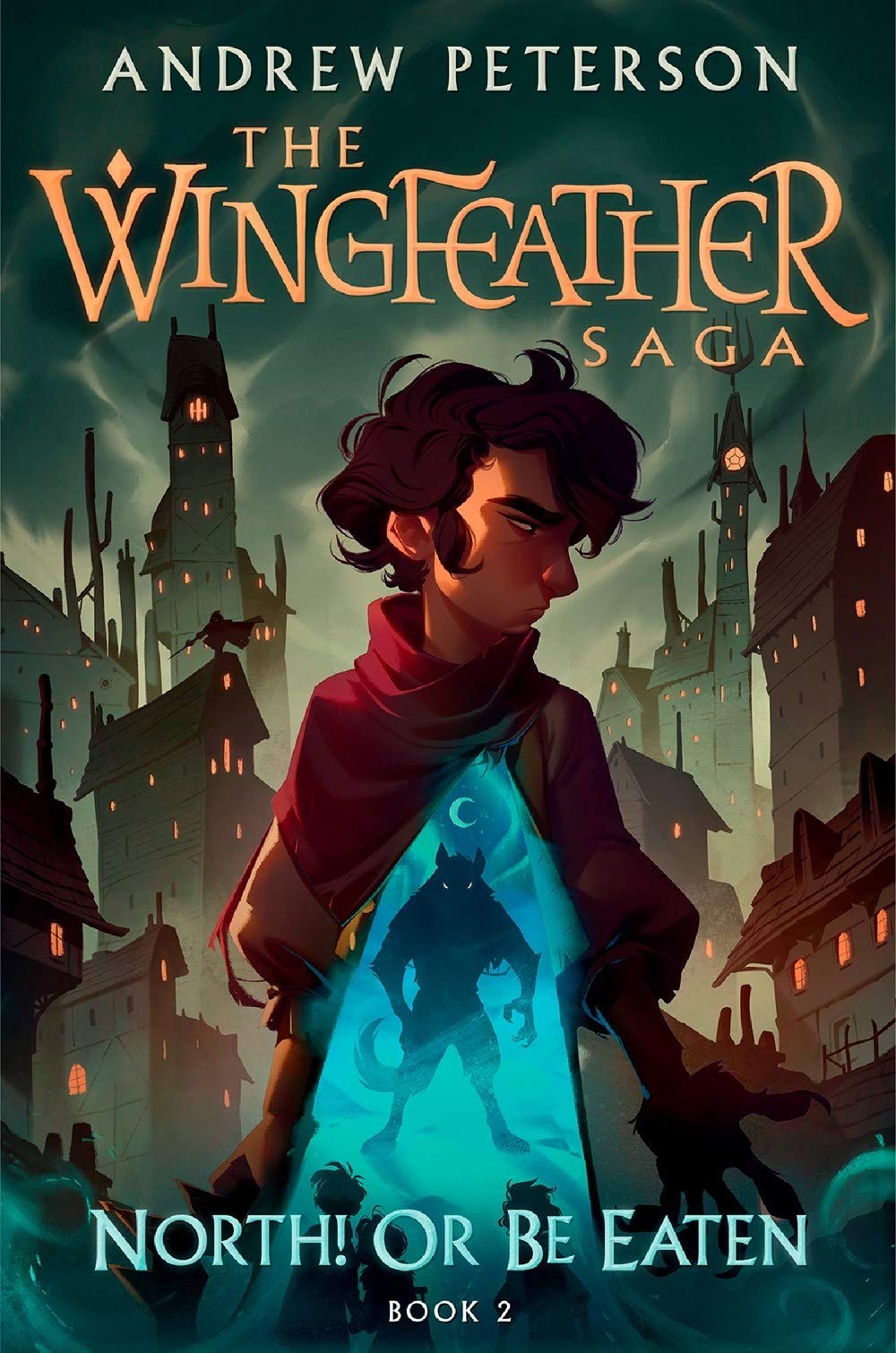